3 instructions for elegant napkins folding at

Did you know that napkin folding has its own history? Undoubtedly, this skill requires long training, but if you master it, you can surprise your customers and guests. Before we introduce you to a few unconventional napkin folding techniques, let’s have a look at an interesting story of how it all started.

The first napkin folding manual dates back to 1639 to a woman named Matthia Gieger. It was this woman who served meat to her guests in Padua, Italy. It is no coincidence that the manual was created at the place of daily interaction with customers. However, the use of napkins themselves, as we know them today, began in Europe much earlier. Around 1400, cloth napkins appeared on the royal tables. At that time, they brought with themselves a certain hint of elegance and nobility to the table, so many times a scent was applied to napkins or handkerchiefs to enhance that feeling. It was the industrial revolution that brought along a significant shift in the use and folding of napkins. The 18th century thus became not only a period when humanity shifted from the manufactory to the factory, but also a period when the napkins became a decorative thing. The era of napkin folding at a professional level has beguni.

Today, we look at folded napkins as a natural part of the dining experience. Many techniques are taught to students at secondary vocational schools, and we can say with certainty that not all the folding possibilities have been discovered. There are no limits to human imagination and that is why new and new photos of napkin folding process are emerging. If you have a restaurant or a bistro, you have certainly came across napkin folding techniques at some point. Napkins can fundamentally enliven any dining experience. Napkin folding is also very popular in households, especially during festive family lunches or dinners.

The most well-known napkin folding techniques include, for example:

Take a look at 3 more interesting and simple napkin folding techniques that you can use in your restaurant or bistro. Nicely folded napkins will definitely make everyone feel special and shed a positive light on your company in the eyes of your clients. 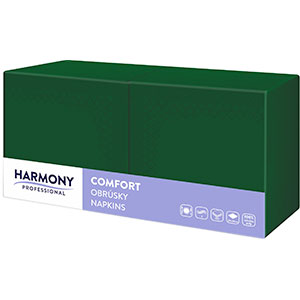 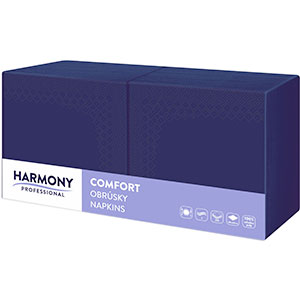 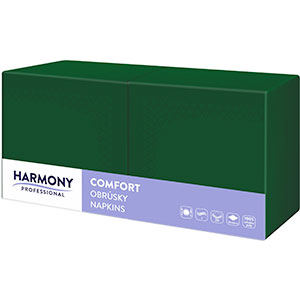 SHP Group on the fair – KONGRES FOR GASTRO & HOTEL

There was a fair KONGRES FOR GASTRO & HOTEL organized in the Congress Hall of the exposition area PVA EXPO PRAHA in Prague 9 from 4th to 8th October.

Dining etiquette - learn how to set your table correctly.

Festive dinner, wedding or another special occasion? Thanks to Harmony Professional, you will know for sure how to set the table and create a pleasant atmosphere in your premises.

Design accessories for your business

Did you know that all this in combination with interior design create suitable working conditions for your employees? Let's take a closer look at this topic, shall we.